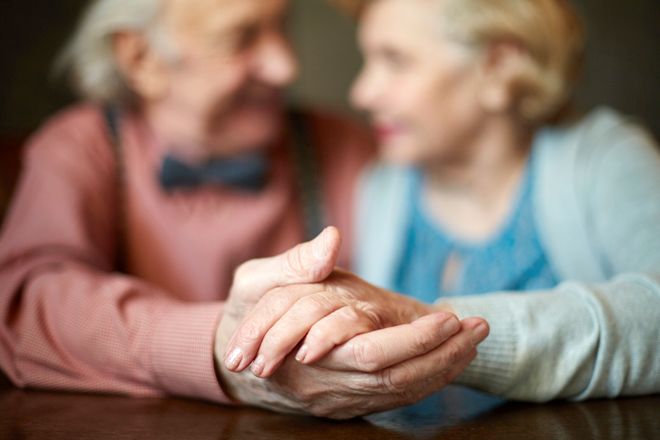 What images come to mind when you hear the words Family Inheritance?

You may imagine loved ones gathered together to hear the reading of a will. Yet our family inheritance is something that we are born with instead of something we wait to receive when someone in our family dies. We are shaped by the experiences of our parents, grandparents and even our great grandparents much more than perhaps you ever imagined. The family story is our story, it’s alive within us. Our family is the greatest pattern maker in our lives.

The emerging science of epigenetics helps to explain why we may think – “this is just my life, full of struggle or financial hardship” We may say to ourselves – “I’ve always been let down in my relationships, I guess this is how it will always be” The challenges we face in life are not ours alone, they are shared across multiple generations. You may think of it as your emotional inheritance.

How are you living your family inheritance?

Peter, the oldest of 4 children, became the “man of the house” much too soon when his father passed away when he was just 11 years old. A day that started out like every other ended with the feeling of having the rug pulled out from under everyone in his family. His mom was devastated by the unexpected loss and Peter began his lifelong tendency of taking care of the woman in his life. What began as a young boy with the instinct to love his mom and offering whatever he could to ease her grief ended up being a pattern that kept him from healthy relationships with woman. 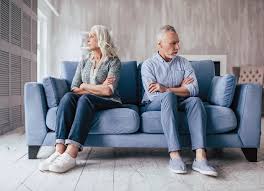 After his 25 year marriage ended due to what Peter explained as his wife’s never-ending needs of his time, attention, money and the lingering sense that no matter what he gave to her it was just never enough. He expressed that it was as if he woke up one day and simply couldn’t live this way – not even for one more day. He moved out abruptly and after some time passed they traded their marriage in for a connected friendship. One where Peter still does everything he can to make his ex-wife’s life easier from driving in-laws to medical appointments or being available for her whenever she reaches out to him.

Newly single, he admitted his thoughts were consumed by worries about the women he works with, over hearing some of their personal challenges over a lunch break and couldn’t seem to stop himself from making gestures towards providing solutions – even when he hadn’t been directly asked for help. Things like offering to lend them money or giving unsolicited advice created immense challenges in his professional working relationships. He would take his colleagues challenges home with him, his worries about their life situation would keep him up at night.

He took up dancing as a new hobby thinking it would take his mind of the women he works with yet instead of having fun, meeting new people and enjoying the music he would end up spending the evening feeling overwhelmed watching the woman on the side lines without a dance partner. He felt so incredibly sad for them that it got in the way of his ability to have any fun. He would be sure to ask as many of the woman who didn’t have a dance partner to dance even though his legs would throb and feet would ache by the end of the night. As if unaware of his own pain to save what he perceived as the discomfort of any of the women watching everyone else dance.

During our work together Peter discovered that his Grandmother, his dad’s mom, experienced severe post partum depression after each child was born. Peter’s father needed to take care of everything during that time from working to provide for the family, meal preparation, bed time routines, love and care for the children while she was recovering. As a young boy, he watched his dad do it all. In Peter’s earliest experience love and giving were intertwined, one simply didn’t exist without the other. Add the tragic loss of his own father, he ended up replicating the pattern where his own needs went unnoticed within an environment where mom’s needs along with his younger sister’s needs took priority.

In our work together, I guided Peter to locate places in his body that would react to woman in distress from his professional life to the dancefloor. As these feelings had the power to overtake his body, he could locate them right away. I had Peter connect his breath to the specific areas that would tighten or collapse at the mere thought of the woman in his life who felt stressed, who were grieving or feeling left out. During our session, I had Peter bring in some of the inner images held within since he had been a little boy. Imagining saying things to him mom such as, ‘I’m still so little, mom, look at when happens to me if I try to take away your sadness and pain. This is too much for any young boy. I miss him too’ These words acted like keys to open the flood gates that Peter had held closed all these years to be able to be the strong one, the one with all the solutions, the one who gave endlessly even to his own detriment.

When a young boy gives to a sad mother, he often feels in his own marriage that his wife’s needs are endless. As an 11 year old boy, how could he have done anything to truly take his mom’s pain away? Grief is a process, that takes its own time that is unique to each and every one of us. Yet, Peter’s body would feel like no matter what I do for my Mom, it is never enough to bring her back to us, never enough to lift the sadness from her eyes. It’s as if he takes that feeling of ‘no matter what I do its never enough for her’ into the marriage. As fate would have it, often we find that perfect fit partner that encourages us to step into that familiar caretaker role. All healthy relationship truly do require an equal balance of give and take if its not there I’ve observed that its only a matter of time before resentments build.

Just a bit of time after our work together, Peter has cultivated healthy boundaries with his ex-wife, enjoys an evening of dancing by engaging with those who join him on the dance floor, travels for months at a time exploring new cultures and believes the women he works with have the capacity to find solutions that work best for them. He describes finding a peace in his body that he’s never quite known.

Perhaps your emotional inheritance isn’t as pronounced as Peter’s yet I can say with certainty after working with hundreds of clients over the years that your family experiences are shaping your relationships, your success, your health in many more ways that you may have considered. Peter lives with a new awareness of his family inheritance, with this new found knowledge he is now free from past painful patterns.  How are you living your emotional inheritance?

If you enjoyed this article perhaps you would enjoy this one as well:
Our Parents Within Us